Why No NaNoWriMo This Year

This year will be the first time I'm not taking part in NaNoWriMo since 2014 and November 1st had a very different feel for me. Seven years ago, I was retired and had just started writing fiction when someone told me about November being National Novel Writing Month. Writers are challenged to write 50,000 words in a month. Back then, if anyone had told me I could write a total of 50,000 words let alone complete a full-length novel I would not have believed them. Yet, I did it and wrote over 54,000 words that first time. My first ever novel was just over half-written; I had totally immersed myself in the story and went on to finish the first draft. It needed a lot of work but I had a complete story to work with. Along the way, I made friends with NaNo buddies who encouraged me and I loved the buzz of seeing the graph of my word counts each evening. Nano is not for everyone and for me the hardest thing is to keep writing without stopping to edit or research but I know getting the words down during Nano worked for me.

So why not this year? Quite simply, novel four is not ready to be written. Because all my novels have dual timelines, I've learned that it's better for me to plan each story in some detail before starting to write. That doesn't mean that when I'm writing, the story doesn't change or that characters don't act in a way I wasn't expecting - they do - but I prefer to start with a clear idea of the story before starting to write.

So let me tell you what I've decided about my next story so far and let you into some of the answers to questions I've asked myself.
What is the novel about?
The story explores themes of family relationships especially between siblings, duty, secrets, and forbidden love against a background of the social constraints of the time.
When and where is it set?
As with my other novels, there are two narratives set in different eras, in 1942 and 1964. I want to show how decisions and actions made in the past can have an impact on future generations, this time on the relationship between sisters. The 1940s story is set in mid-Wales but part of the 1960s story takes the reader to Sicily again, where some of my second novel is set.
Who is it about?
The main male character is an Italian prisoner of war, as Marco was, based at the Greenfield Farm Camp in Presteigne. For now, I have called him Carlo after one of the early prisoners who arrived in the new camp when the huts were still under construction. As a former builder, his skills were used to complete the buildings used to house the prisoners. It was 1942 and he had been captured in North Africa. 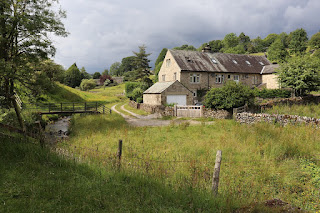 Sara is a young widow living locally on a mid-Wales farm, not far from the POW camp. Her
husband, Alwyn, has been recently killed in active service. She is estranged from everyone in her own family apart from her older sister, Carys, and is struggling to make ends meet for her and her six-year-old son, Gareth. Living with her in-laws is very difficult but it enables her to find work in the village. How will Sara's and Carlo's paths cross? 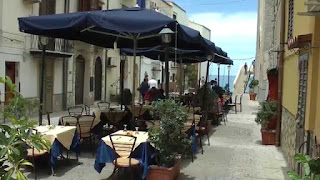 In 1964, one of the characters will be faced with scenes like this when she visits Sicily for the first time. She'll find the climate, the culture and the food so different from her homeland. Will she find the people mentioned in the strange documents she found in a locked writing case when she cleared the attic in her parents' house?

My next task is to map out the events in the novel and to undertake some more research. The more I'm getting to know my characters and delve into their stories, the more I'm itching to start writing. Wish me luck!

Do you find the idea of novel four interesting? I hope so. Call back in a week or so to find out how things are progressing. Thanks.

For all my books, please visit my Amazon Author page.

HOT OFF THE PRESS:

Her Nanny's Secret is published in audio tomorrow. It's published by Soundings and again, is read by Deryn Edwards. 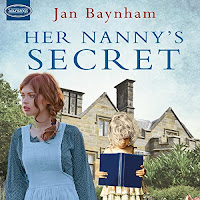