What a collection!
Many of you follow Patsy Collins's excellent blog Words about writing and writing about words. (This week she is blogging about the word 'flourish'.) As writers, words are our craft. The English language never fails to amaze me and I love to learn new words.

Do you know what a group of crows is called? This was a question in last night's pub quiz and no one in our team knew the answer, even though many of us were old enough to have learned lists of collective nouns in school! The answer is...........

a murder of crows

Isn't that a wonderful term and already I'm thinking where can I use that in a story? I was planning a crime story before I went to the quiz last night and now ideas are coming to me about including a murder of crows somewhere in the story. This morning, I've found out a few facts about crows:

- Crows often feature in European legends or mythology as portents or harbingers of doom or death. This is because of their dark shine black feathers and their unnerving calls. They are commonly thought to circle above scenes of death such as battles.

- They scavenge on carrion, dead animals and garbage.

- In Chinese mythology, they believed that the world at one time had ten suns that were caused by 10 crows. The effect was devastating to the crops and nature, so they sent in their greatest archer Houyi to shoot down 9 crows and spare only one. Also Chinese people believe that crows mean bad luck, probably due to the colour black.

- Crows feature in Hitchcock's film 'The Birds'. They congregate on the playground outside the school in the yard and when the children are evacuated by their teacher, they attack and injure some of the children.

So many collective nouns are embedded into our every day language. We wouldn't talk about a flock of cows or a herd of sheep, would we, so should we be more accurate when writing about groups of other animals or birds? In my story, Monty the Tabby Cat, I did write about him leading a 'clowder' of cats but as it's not in common usage, I don't know if it sounded a bit contrived. I just loved the word!

Have you used any collective nouns to give your writing accuracy? Which ones are your favourites?

Characters in 'Under Milk Wood' 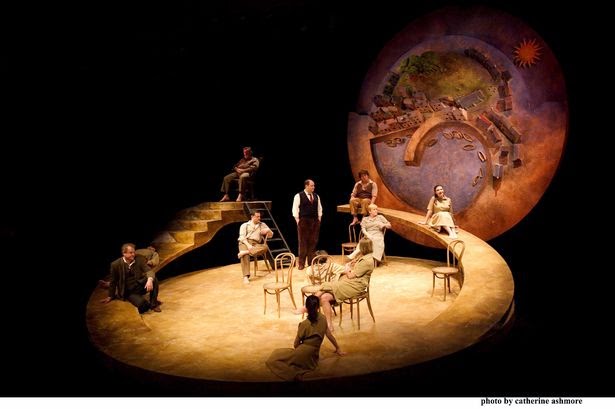 Last night I saw Theatr Clwyd's production of 'Under Milk Wood' at the New Theatre, Cardiff and what a treat it was! Over the years, I have listened to the play on CD and watched a DVD of the film but it's a very long time since I've seen the stage play. Dylan Thomas is probably my favourite poet and writer and as I listened to his wonderful language again, I thought it would be a fitting post-script to yesterday's blog post on creating character to look at some of those from Llareggub [have you read this backwards?! ] - later changed to Llaregyb.

Dylan wrote 'Under Milk Wood' as a play for voices and through his careful use of words evokes some of the best loved characters in literature. Who can forget blind Captain Cat, Polly Garter with her haunting songs, Mrs Organ Morgan and No Good Boyo? The list goes on but the very words he uses, so lyrical and poetic, give such an insight into what the characters are really like. He doesn't have to describe them to us; he shows us through their actions, their mannerisms and what they say.

For me, the play is bawdy humour at its best but is deeply moving at the same time. The dialogue is vibrant, often comical, with the result that the characters are brought to life.

When it was first published in 1954, the Sunday Times wrote:

'...the characters are romantic, earthy, mad, sane, parochial, universal, and wildly comic; and they are gifted with a revelatory wonder of words.'

I think this is a great example of characterisation:

'Alone until she dies, Bessie Bighead, hired help, born in the workhouse, smelling of the cowshed, snores bass and gruff on a couch of straw in a loft in Salt Lake Farm and picks a posy of daisies to put on the grave of Gomer Owen who kissed her once when she wasn't looking and never kissed her again although she was looking all the time.'


If you have seen, read or heard the play, which of the seventy four characters do you know best because of Dylan Thomas's clever 'showing' not 'telling'?

Thank you for reading. I'd love you to leave a comment.

Pleased to meet you
I often say this when I meet someone for the first time but what about characters in stories? This week, I have been thinking about how well I know my characters. I often write in the first person so I have been a female hoarder in her early thirties, a high flying executive who stops to give a lift  to a teenage girl who died thirty years before, a twenty-something male stalker for whom 'killing her was not part of the plan', a mum-to-be living in a haunted cottage, a father meeting the son he didn't know existed for the first time and a baby girl taking her first unaided steps! I am none of these people so 'writing what you know' has not been the case. When I met them for the first time, I had to find out more about them to hopefully make them credible. 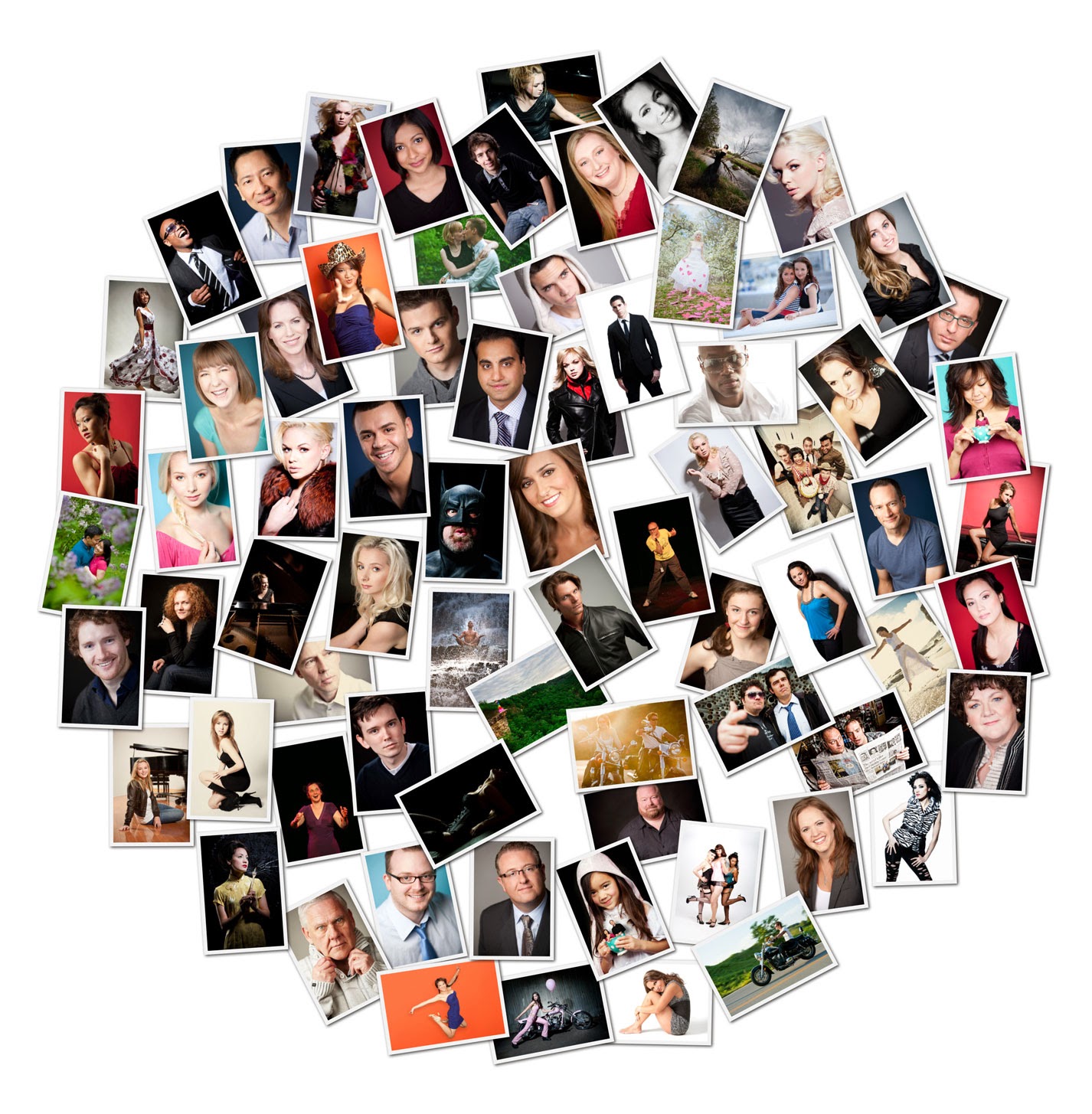 In short stories, we don't have time to explore our characters in the same detail that we can in a novel but the characters still need to read as real people, with real emotions and feelings. When I'm reading a short story I need to be able to relate to that person, to like or dislike him or her, to understand the conflict or dilemma that presents itself. When writing from a character's point of view, I like to get inside the character's head and tap into the thought processes.  Sometimes, as with the hoarder and the stalker, I have had to research some real life stories in order to do that. Very often, I've found that the most credible characters have an inner contradiction that doesn't reveal itself until the story unfolds and then I really get to know them.

Teagan Kearney has written an excellent blog post this week on constructing character in WRITING MY NOVEL NO WORKING TITLE YET . She makes the point that her characters are often incomplete when she begins to write and they develop as the novel progresses. She talks about the inner conflict a protagonist has to battle with and how this emerges as she gets to know the character better, thereby creating tension. Here is a direct quote from Teagan:

Having both internal and external conflicts are crucial. Readers become emotionally involved with characters, and how your character perceives the threat is what draws readers in - and keeps them captivated.

In my own novel, Jack is a very fiery, volatile character on the surface and everyone has to walk on eggshells around him but deep inside he is a very vulnerable, insecure person. I'm hoping that this will reveal itself to the reader as the story progresses.

I have just read 'Gone Girl' by Gillian Flynn. The complexity of the two main characters and the way I reacted to them at different stages of the story certainly drew me in and kept me turning the pages. What book has had the same effect on you recently?

Thank you for reading and please comment on how you construct your characters.

You'll find my Tweets on @JanBayLit too.