It's that time of year again. You know the one, when social media is full of posts about writers aiming to write 50,000 words in the month of November. Since 2014, I have taken part every year and I'm a big fan. This year is different and 'to NaNoWriMo or not to NaNoWriMo?' that is the question. Whereas in past years, I was ready to either start a new novel or complete a half written one, this year I'm not in that position. Novel three is at a very early planning stage and I am a planner at heart. The idea has been nagging away at me for some time and I know there's a story to tell. I've met most of my characters and know who they are - their names, where they live and what they are like as people. I know what their goals are and have learned about some of the obstacles in their way. But I still don't feel ready to start writing their story.

With November 1st. looming, these are some of the choices I have: 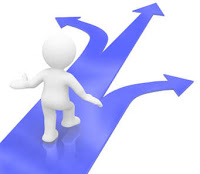 For me, the advantage of taking part in NaNoWriMo has always been the increased word output, the curbing of procrastination and complete immersion in a story and that is why I'm loath to not participate entirely. The disadvantage is that the writing often needs a great deal of editing and after a mammoth edit of my novel this summer, do I want that again?

It was while I was mulling over the situation that I came across this article, The Six Month Novel Writing Plan for 2018/2019 by Emily Harstone. It was featured in Authors Publish Magazine and she talks about a month by month plan over a longer time instead. She recommends it for people like myself who work better if there is a deadline. She believes that 'one of the enemies of novel writing is not having a strict deadline. If I take too long writing a novel I often forget most of the details and plot that were covered in the beginning of the novel, so that the start of the novel and the end do not match. I then have to go back and edit swathes of writing.'  What interested me was that in her plan she has incorporated editing alongside the writing and the word count could be adjusted at any time. For example, she has a Two Hour Editing Binge Once a Week - Once a week, I would make sure to do an extra two hour editing stint during one of those days. Instead of writing new material I went over what I had written so far and edited it a little, just to make sure the story line and character development was as cohesive as possible. Again in Month Four, Harstone recommends this - Take a week off. Read but don't write. You will come back stronger. - and this - Write one hour a day every day outside of the week off. If you are not at least 150 pages at the start of this month, you should write for two hours most days.

If you have time, you can read the whole article HERE. Emily Harstone suggests that you can adapt her plan to suit you but explains how it has helped her  write a first draft, edit it and get her novel ready for submission to agents. Would it work for you? Does it appeal more that the pressure of the NaNoWriMo daily word count?

Are you ready for NaNoWriMo 2018? If you are going to take part, I wish you loads of luck and hope you achieve your goal.

Thank you for reading. You may also follow me on @JanBayLit and on my Jan Baynham Writer page. 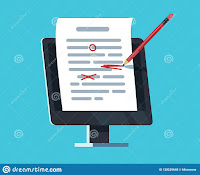 There have been no blog posts from me in September and it's the first time since the blog started in January 2014 that I've left it this long. However, I have been progressing on my writing journey and learning a lot - I've been in the editing cave! How has it taken me that long, you may ask? Didn't I start that in August? In next week's post, I shall tell you how I went about it prior to submitting my novel.

I wasn't editing for the whole time, though, and here are some writing related things I did: 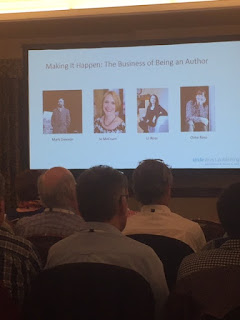 This was a free event held at the Celtic Manor in
Newport. The first session was led by Darren Hardy who led us through the process of uploading a book on Amazon's KDP (Kindle Direct Publishing). For someone like me who has never tried to self-publish, or even contemplate it, he made it seem very straightforward! He demonstrated every step and stressed the benefits of publishing independently. The second session was entitled How To Write a Best Seller and took the form of a panel discussion. Darren interviewed Orla Ross, Mark Dawson and L. J. Ross, three indie authors, whose books sell well. The third session dealt with Marketing Your Books and Finding Readers and the business side of writing.  The importance of finding readers, turning them into fans and finally into ambassadors for your books was stressed. The authors all agreed that having a social media presence was essential. Any ways to promote your book through mailing lists, target ads., price promotions, launch packages, pre-ordering a long time in advance of publication and blogging a few sample chapters beforehand were mentioned as successful strategies by the three novelists. The final session was Making It Happen - The Business of Being an Author. Members on the panel discussed outsourcing things like accountancy, cover designs and editing. Jo McCrum of The Society of Authors talked about contacts. It was an interesting day and it was good to catch up with author friends and meet new writers.

Publishing Options and Submitting Your Novel -

This was the second of Alison May's workshops I attended in Birmingham. As always the day was full of interesting and helpful advice, plenty of interactive activity and above all it was fun. In June, we had looked at editing and the analytical aspects of writing, but this session concentrated on the business side. Alison started by looking at the pros. and cons. of Traditional v. Self Publishing. She talked to us about pitching our novels to agents or publishers and the importance of making 'every word work really hard.' She asked us to write pitches for our current novels. As always, I found it hard to be succinct and cut back to the essential information that summed up or sold my book. I have worked hard on that since! She also talked about contracts and how the Society of Authors can help check these if you are a member. The day flew by and I was amazed at how much Alison covered - blurbs, the effectiveness of book covers chosen by publishers to make the book sell well, synopses and how to submit to the appropriate publishers/agents for you. I came away with my head buzzing, keen to get back to the WiP. I highly recommend attending a course run by Alison!

Sparkle Writing 1: Hook and Hold -
This was an excellent day's writing workshop organised by the RNA Marcher Chapter in Hereford. It was run by Libertà Books and it focused 'on the vital first 10% of your story, roughly the free sample that an e-book buyer can download.' Author Joanna Maitland, a member of the Chapter, was the presenter and kept us busy for the whole day with examples, practical ideas and activities for:

I came away with plenty of food for thought and when I returned to the editing, I looked at the beginning of my novel with a very critical eye! 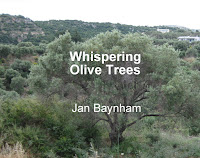 As well as helping to plan the Autumn term meetings for the South and West Wales Chapter of the RNA, attending meetings and catching up with writing buddies, you can see I haven't neglected my writing journey completely. It's just that I've kept it to myself! I have finally finished editing Whispering Olive Trees and last week, I submitted it to the two editors who requested the full manuscript at the 2018 Conference in Leeds. Both said they were happy to wait for it; at that stage, most of the novel was in a first draft form. I'll try now to forget about it and intend to start planning novel number three in earnest. It's going to be another mother/daughter saga, this time involving a 'foundling' and the contrasting location will be war-time France. I can't wait to get back to story-telling and writing again.

Thank you for reading and returning to the blog after an absence of posts from me.Can you write alongside editing or, like me, can you only work on one thing at a time? I'd love to hear how you work.