My guest this week is no stranger to the blog. She has appeared on a number of occasions before and is my very good writer friend, Sandra Mackness, who writes under the name of Jill Barry. She has had over twenty novels published, as paperbacks, ebooks and Linford Romance large print paperbacks. Her latest novel, Love Thirty was published by Endeavour Media on 16th February.

Welcome to the blog again, Sandra.
It’s great to be back! Thanks for inviting me here again, Jan.

After seeing so many of your novels in print, how exciting was the publication of Love Thirty for you?

My new novel began life in 2009 and went through the RNA’s New Writer Scheme, receiving a positive and helpful response. While in the process of submitting it and receiving rejections, I was of course working on another novel and Love Thirty was consigned to my ‘virtual drawer.’ I was kept so busy writing pocket novels for D C Thomson, and longer length novels for Ulverscroft Linford Romance and Endeavour Press that Love Thirty languished! Last summer, I wanted to submit a book to Endeavour Press (now Endeavour Media) and, luckily, my editor was taken with Love Thirty. So, yes, it was very exciting, after completing a lot of revisions, to see the novel published and I’m now exploring paperback options for it.

Can you please tell us about the inspiration for the novel?
I fell in love with tennis at around age nine and watched every possible moment of ’s TV coverage from my teenage years upwards. Having been fortunate enough to attend on several occasions, I’ve observed the crowds and the celebrities in the Royal Box. I’ve also wandered around Queen’s Club and exchanged greetings with tennis stars and personalities plus watched Andy Murray practising when not bantering with his competitors! It’s a fickle world and I knew it would be challenging to create a tennis player hero as athletes are, justifiably, intensely driven and often lead lonely lives on the ATP Tour. I’ve been heartened by some of my reviewers’ comments about hero Nick Pereira and it’s great to know I succeeded in making him ‘real.’

Where does the book fit in with your other novels?
With the exception of The House Sitter, all Jill Barry novels and novellas contain that old thing called romance, although in varying degrees from raunchy to tender teenage love. However, I enjoy giving my heroines a poignant back-story, e.g. early widowhood, although in Georgia Lyle’s case, marriage to Nick (as a tennis wife) causes her to question her own career ambitions as well as the ticking of her biological clock. So, the title Love Thirty reflects not only the tennis theme, which isn’t overwhelming, but also ’s feelings about motherhood.

Something that makes the novel differ from my others is the strong bond between the heroine and her male colleague. They really are good buddies. Photographer Andy eventually falls for an enigmatic character so the plot also follows this rather rocky relationship. There’s also a lot of humour when Andy’s around and when ’s new career catapults her into the celebrity chef zone.

I admire authors like Jilly Cooper and the late, much loved, Penny Vincenzi, so Love Thirty gave me the opportunity to create a longer cast list than I normally provide and to take my heroine to some rather exciting places. Failure to communicate their deepest needs to one another almost destroys any chance of a happy ending for my leading man and lady but…I’ll say no more!

As well as being a love story, as you say, Love Thirty deals with a number of other issues. Would you like to tell us what they are?
How people can jump to the wrong conclusion plays an important part in the plot. is convinced Nick can’t possibly love her any more and there are times when I felt like knocking their heads together. But I needed them to go their own ways before bringing them together again, a meeting that resulted in a life-changing situation. A traumatic childhood has made Andy’s girlfriend the person she is and because he’s such a favourite of mine, I wanted to give him a happy ending too. There are also dark issues underpinning Nick’s parents’ marriage and when the full truth is revealed to Nick and his older brother, it makes the two much closer than they were.

Why was it important to you to raise these issues?
People often envy others their lives, simply because they so often watch celebrities moving in exalted company and athletes enjoying adulation. But behind the glitz lie much hard work and failure before success arrives. Tennis players, in particular, are vulnerable to injury and their top ten playing career is usually quite short, unless you’re Roger Federer of course! I think I’m trying to say that behind all the flash photography and the ritzy restaurants, the love and comradeship two people share is the real driving element in a relationship. That’s why I wanted to make Love Thirty into more than a love story.

I know you are a huge tennis fan - and you've confirmed this earlier - so I wasn’t surprised to find that your hero, Nick, was a top tennis player. How much research into the lives of professional tennis players did you have to do?
Fortunately, I had already read the autobiographies of several of my favourites and followed the careers of our most recent top ten British players. After I planned Nick’s rise through the rankings, I contacted the International Tennis Federation to see if it was plausible. So the person who replied to me gets a mention in the acknowledgments. I came face to face with former Wimbledon champion, Pat Cash, a couple of years ago in London at Queen’s Club and on another occasion my courtside seat gave me a great view of Ivan Lendl and David Beckham sitting in the British Number One’s box. I tried to recreate that kind of atmosphere for the Wimbledon scene where waves to the wife of a well-known player.

And finding out about the world of high-class restaurants and chefs?
Working in hotels alerted me to the personality clashes amongst chefs and their colleagues, not to mention the waiting staff. When I needed a menu for the delicious French chef who admires in the celebrity cooking show, I recreated something I’d enjoyed while travelling through French-speaking a few years ago. I like cooking fresh produce and baking delicious cakes that aren’t loaded with refined sugar. You should taste my healthy lemon drizzle! So ’s aims were close to my heart.

The characters in your book are real and rounded so I felt I’d got to know them very well by the end of their story. Which came first the characters or the story itself?
Heroine arrived first and I always knew her colleague Andy had more than a soft spot for her. Bringing in Nick offered the chance for her to escape her misogynist boss and, eventually, for her to branch out in a very different direction from the tennis and journalistic worlds.

Would you consider a sequel to and Nick’s story?
What are you currently working on?
Well, that’s a tempting thought, given I was sad to leave my characters, but I don’t think there’ll be a sequel. Currently I’m working on a Christmas novella (sorry to mention that word) and I’ve begun mapping out the first book of what I hope will be a trilogy, drawing on the lives and loves of three women from the late 1930s until present day. So, mother, daughter and granddaughter. Whether I’m writing a contemporary novel, or going back to past times, it’s always an exciting journey.

What has been your proudest writing moment to date?
I suspect no author forgets the joy of seeing his or her work in print for the very first time. But, after applying to study for my MA in creative writing, decades after I passed my A Levels, I was thrilled to be accepted purely on the strength of work submitted.

Thank you so much for taking time to chat to me, Sandra. I wish you good luck and lots of sales with your lovely book.
It’s my pleasure, Jan. I’ve enjoyed our conversation very much. Here are some links to me and my books:

https://www.amazon.co.uk/Jill-Barry/e/B00FE0GQJ0 - my author page gives details of my novels and novellas, the themes of which are reflected in my book covers.

Jill Barry also has her own Facebook author page:
https://www.facebook.com/JillBarryBooks/
It would be great if you could come along and ‘Like’ my page.

My thoughts on ‘Love Thirty’: 5*
I thoroughly enjoyed reading Love Thirty. It has all the ingredients of a pacy well-crafted romance story between Georgia and Nick to be savoured for its ‘feel-good’ quality. In it, you’ll find fun, humour, passion and emotion. However, in addition, Sandra explores a number of other issues: the pressures that being in celebrity limelight puts on personal relationships, friendship, developing careers and taking advantage of second chances. She has created authentic well rounded characters that come alive on the page. You are made to feel how they feel, see what they see, and, in the restaurant scenes, taste what they taste!  Love Thirty takes us into the world of tennis, media and food as well as transporting the reader to the romantic city of where part of the story is set. Highly recommended.

Thank you for reading. I hope you enjoyed finding out about Sandra and her writing. 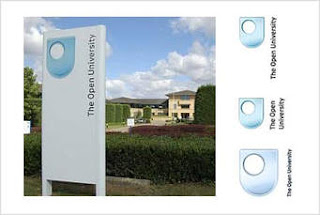 Some of you may remember I took a 'Writing Crime Fiction' course at Cardiff University in the autumn. It was an excellent course run by Dr. Katherine Stansfield. I don't intend switching genres but the knowledge I gained from her over ten weeks has and will prove invaluable when dealing with crimes in my family sagas. Already I feel that Detective Leo Gianopoulis in 'Whispering Olive Trees' is all the more authentic because of me having taken the course. A free 'Future Learn' course on 'Forensic Psychology - Witness Investigation' run by The Open University was recommended back in October and I signed up there and then. It lasts for eight weeks and it is recommended that you spend three hours a week on it. 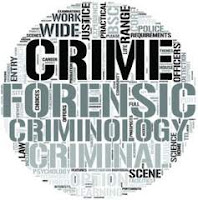 At the end of the course, you should be able to:


The main thrust of the course will how to try to solve a crime using nothing but eyewitness evidence. Despite advances in forensic science, eyewitness testimony is still a vital part of police investigations. However, research has proved that there are dangers in relying on this testimony and police must be careful when interviewing witnesses. Through videos of real witnesses, the course will explore the psychology of eyewitness testimony. As my novel is set before the advent of DNA, I'm sure finding out more about how the human brain reacts to recalling what has been witnessed will prove useful.

The course starts today so wish me luck. I'll let you know how I get on. Have you undertaken any courses that complement the genre in which you write? Have you followed any 'Future Learn' courses?