Everyone tells you that you have to hook the reader in the first few pages of your novel. Or is it paragraphs? Or maybe lines? Publishers and agents say that they know from the outset whether the book is going to be a good one. As someone who is in the process of submitting novel number one and writing the second one, I'm very conscious that the opening of each book has to be intriguing enough to make whoever is reading it want to read on and find out more. At the industry appointments at the RNA conference last year, agents and publishers asked for the first chapter and a synopsis of the novel prior to the appointments. The submission process varies with each publisher and agent. Sometimes it's the first three chapters, the first ten thousand words, first fifty pages but whenever the whole manuscript is asked for, you know that there was an interesting enough hook for the person to want to read the whole novel. And then you play the waiting game!

Stephen King reflected on the importance of a novel's introductory sentence. He said, 'An opening line should invite the reader to begin the story. It should say; Listen. Come in here. You want to know about this.' Here are some famous opening lines: 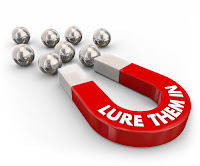 A short while ago, I read a post written by Nina Harrington on the 'Revising and Editing' blog where she reflected on why the first few chapters of a novel she was reading had failed to engage her. She stressed how important structure is. There needs to be conflict or an inciting incident which will make the reader want to read on, she said. She summed it up simply:

"No stakes and no conflict = no interest."

She then came up with a list of ten points that will help the writer build "a compelling opening scene and then a first chapter which will capture the attention of any reader." These include setting the context, selecting the PoV, goals, conflict, reactions - both emotional and physical, dilemmas, new decisions and new goals for the character. Each point is expanded upon and I recommend you click HERE  to read the full post. Nina's ten-step process could be used it as a checklist when editing opening chapters, perhaps.

What makes you want to want to engage with the characters straight away when you begin reading a book? What will stop you reading? How do you start writing the first chapter of a new novel? Do you write a prologue? I'd love to read your comments. Thank you for reading.