Her Nanny's Secret Is Published

Last Tuesday, September 7th, my third novel about family secrets entered the world. After all the build-up and nervous anticipation, Her Nanny's Secret was out there. Readers were meeting Annie and Clara, Edmund and Odile, Ted, Frank, Diana and others for the first time. What would they think? Would they warm to them? How would they judge Annie?

How did I prepare for the big day?

As with the other two novels, I started counting down the days by posting a snippet of text from the book accompanied by an appropriate image. One of the most popular posts was this one:

8 Days to go until Her Nanny's Secret is published

'Le Vieux Moulin was situated down a narrow lane with fields on either side where brown and white cattle grazed. The main farm building was close to a stream, and the old mill from which the farm's name must have derived was at one end with a now silent water-wheel testament to its past history.'

I hoped that the posts would create interest for potential readers. I don't know whether it had any bearing on sales but it was good to receive messages from people saying how much they were enjoying them.

My lovely publishers, Ruby Fiction, organised a Hop-On-Tour of blog appearances and I was busy writing guest blog posts. They ranged from questions and answers about books, sharing what I liked about my garden, the inspiration for the story, ten things people may not know about me as well as talking about the Welsh and French locations in the novel. I interviewed Annie Beynon, the main character in the book and discussed the opportunities the war setting gave to make my story more poignant. In another, I talk about escaping to France and then I tell readers why the cover of Her Nanny's Secret is perfect for what they'll read inside. A sincere thank you to all the bloggers who allowed me to be a guest on their blogs. 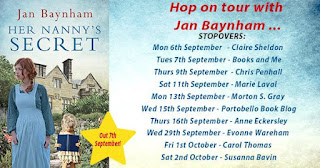 How did I celebrate publication day? 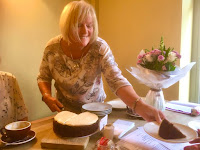 The day coincided with the first face-to-face meeting of Cariad Chapter and it was good to share it with other writers, especially the cake. 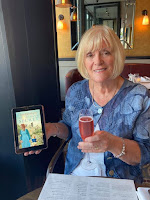 In the evening, my husband and I went out for a meal at Cote Brasserie in Cardiff Bay. As we enjoyed the French-inspired food, I remembered Annie and Clara eating at restaurants in France in the 1963 part of the novel. We toasted them with a Kir Royale to start!

Since then, the week has been amazing. Very generous five-star reviews are appearing every day - thank you readers! Getting messages from people saying how much they are enjoying the story is very rewarding, too. 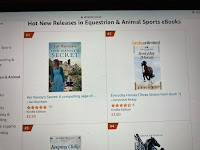 For one day, Her Nanny's Secret even had a little orange flag for being a number 1 Amazon Hot Release For Equestrian and Animal Sports and is now sitting at number 2.
Buying Links for Her Nanny's Secret:
https://www.amazon.co.uk/Her-Nannys-Secret-compelling-self-discovery-ebook/dp/B09BNP3S1P/
https://www.kobo.com/gb/en/search?query=Her+Nanny%27s+Secret+Jan+baynham
https://www.barnesandnoble.com/w/her-nannys-secret-jan-baynham/1139955323?ean=2940162201946 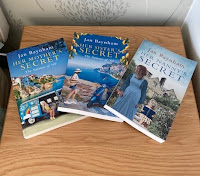 All three of my novels are now available in paperback on Amazon.

Thank you for reading. You may also follow me on Twitter @JanBaynham https://twitter.com/JanBaynham and on my Jan Baynham Writer page https://www.facebook.com/JanBayLit.